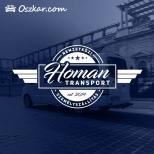 ObyComo értékelése megvalósult Utazás alapján:
"The worst shuttle experience ever... the rudest set of humans I've ever spoken to.
I was supposed to leave Vienna-Pecs at 3:45pm on 8th of July, at almost 12am on 7th of July, they sent a message notifying me that the time is now 8pm. I tried calling to make sure this is correct, they never answered nor replied my messages. I had to book another night in Vienna as I had nowhere to stay. I called the driver on 8th morning and he told me it's been changed to 8pm (husz ora). At almost 8pm, I called to confirm if the driver was on his way, who by the way doesn't speak English or Dutch, just Hungarian. He notified me that he's going to pick me up at 9:45pm, I became worried as they keep changing the time and the management never answers the call, if at all they answered any of their calls, once I spoke English, they hung up on me.
At 9:30pm, I called the driver and he told me he would come pick me up at 1:30am the next day 9th July, he asked if the number I was calling with is my number, I said yes. He said he was gonna call when he reached or something like that. I understand Hungarian a bit. I was glad I booked another night at the hotel cos I don't know what I would have done. At almost 1:30am, I called the driver and he stopped picking my calls. He picked up about twice ans said he wasn't understanding me since he doesn't speak English. I asked him if he was still coming and at what time in Hungarian, he kept saying he was coming without giving me a specific answer and always acting like he wasn't understanding me.
I was outside from 1:30am to past 2am, didn't see the driver, he never called back to let me know if he was coming or not.

The management kept hanging up on me whenever i spoke English, they replied in English that they don't speak English and then hung up. Most of the time, they didn't pick. They didn't reply their messages too even on the Motar app.
No apologies, nothing!!! Just a bunch of rude and I'll mannered individuals!

This is still surprising to me as I used this shuttle to travel to Wien the previous day!"
2020. júl. 09.